Falling in love with Bologna, the Italian city with a unique personality

More than 65 million tourists visit Italy per year but only a small fraction of them make it to Bologna. Naturally, I got quite a few questions from locals about why I picked Bologna as one of my travel destinations.

I had first read about Bologna in a Jack Reacher thriller during my high school days. The description of the city captured my imagination and convinced me that if and when I make it to Italy, Bologna would be on the list. More recently, the soulful episodes on Emilia-Romagna hosted by Stanley Tucci in his “Searching for Italy” series gave me another reason. Hence, after my road trip through Tuscany with friends, Bologna was one of the cities I picked for solo travel. And the only regret I have is not spending enough time here.

So what makes Bologna special? And should everyone visit it? 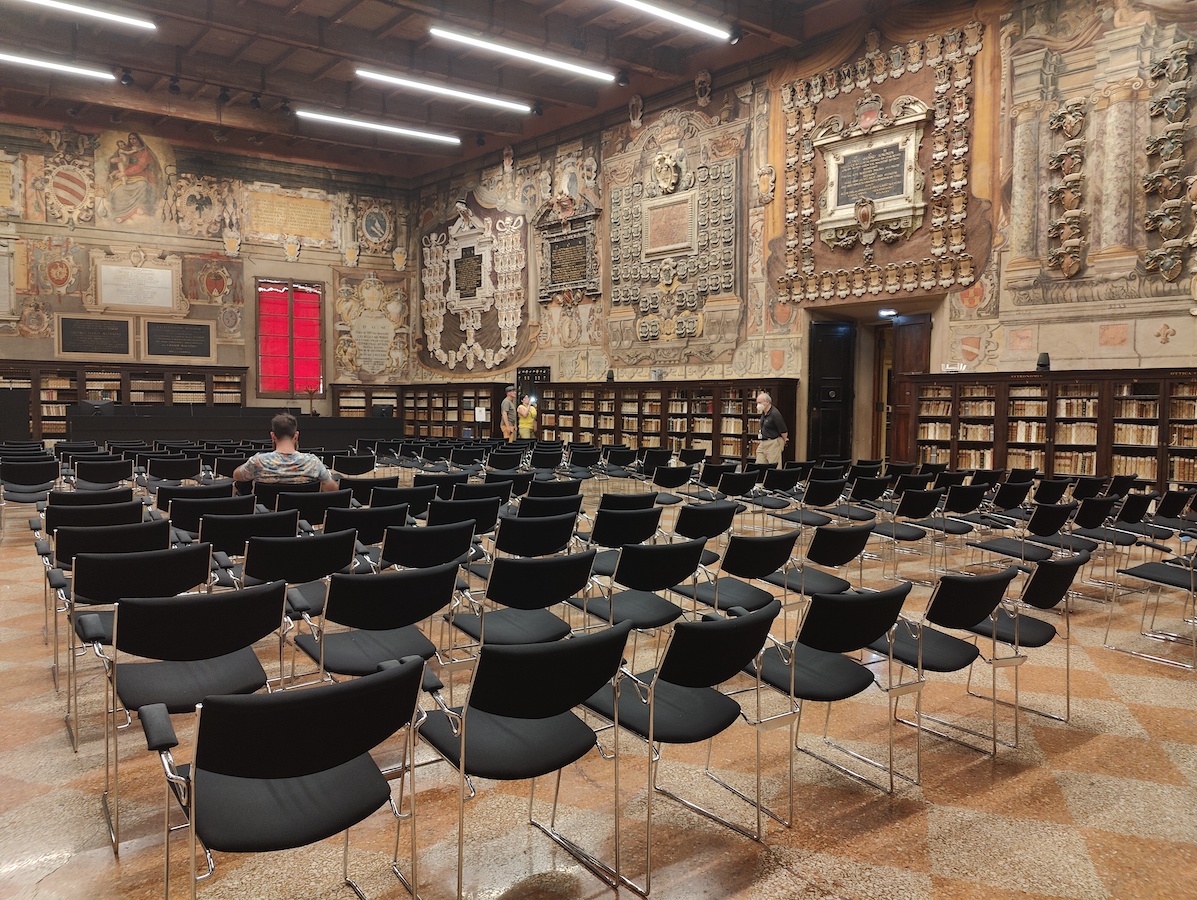 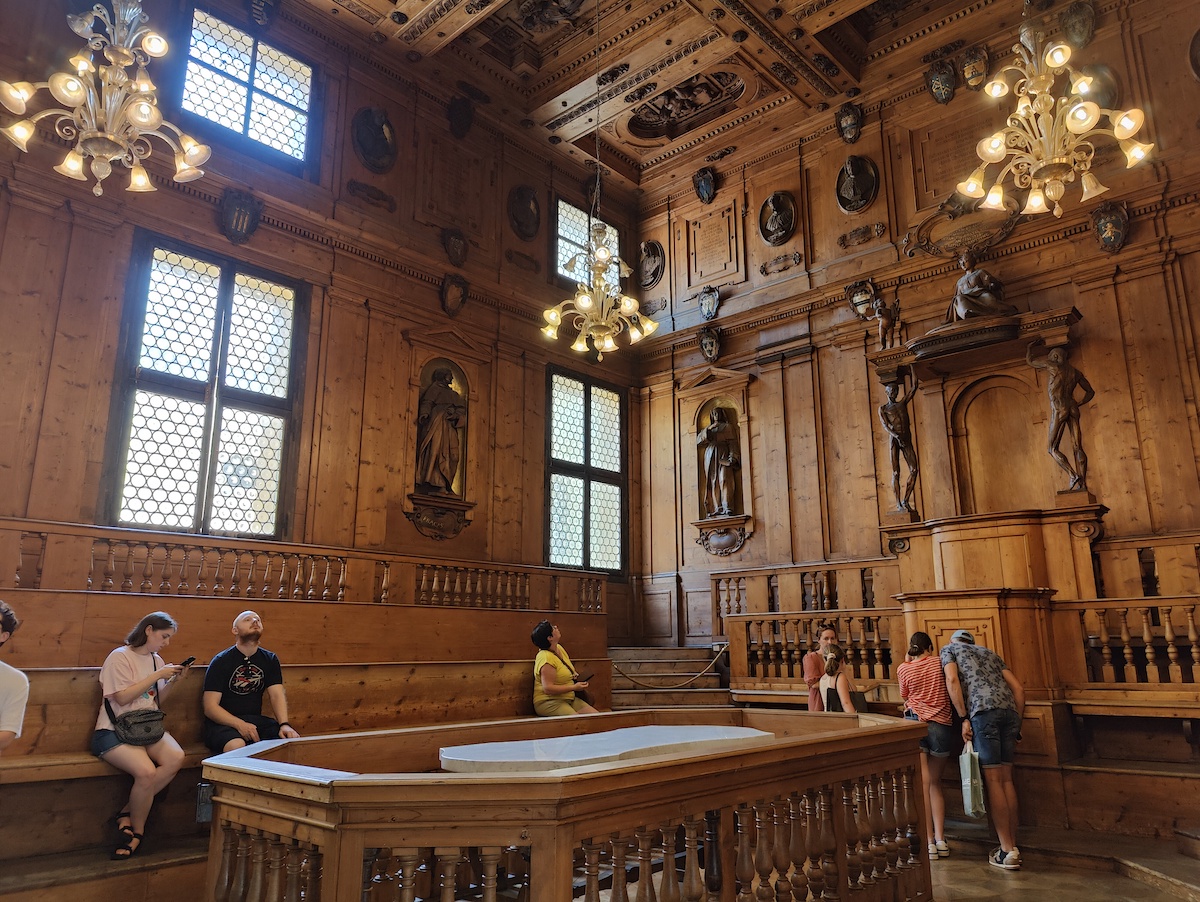 Bologna is home to the oldest university in the world. Yes, you heard that right – not just in Europe, in the whole world. And yes, it’s older than Oxford!

Bologna feels like a city designed around the university. In short, a university town. The university has several buildings spread across the city centre. Throughout the city, you are more than likely to encounter a few of the 85,000 students who study there every year.

As I stepped into the publicly accessible areas of Bologna University, I was transported into another world. Galleries and walls are decorated with inscriptions and celebratory monuments of the professors of the university and coats of arms of students. The lecture theaters and libraries are charming and inviting. One could only imagine that calling this place their alma mater would indeed be an honor.

Bologna’s historic charm goes beyond the university. From Santo Stefano Basilica and Piazza Maggiore to Portico di San Luca, history is hiding in plain sight everywhere in the city. 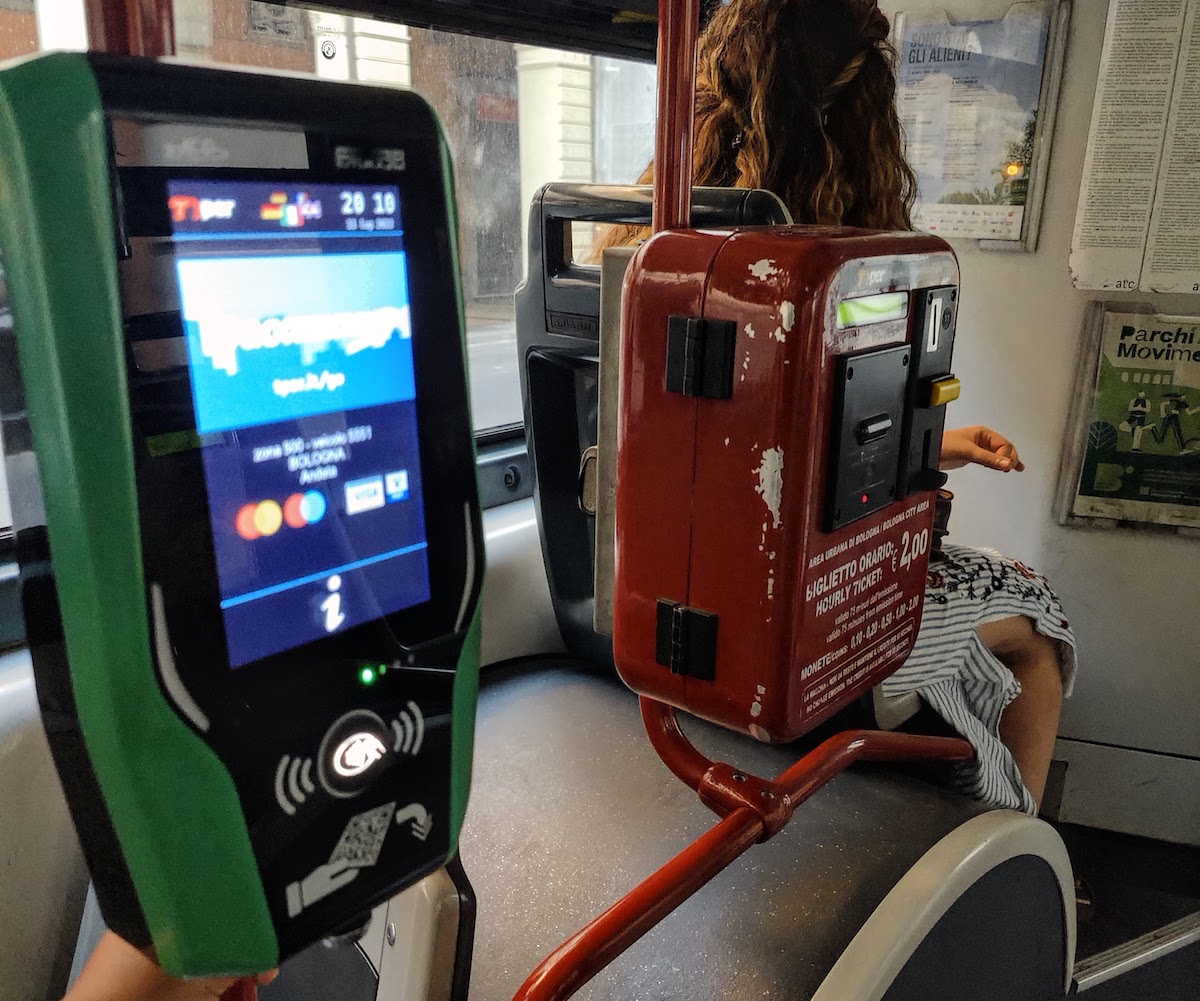 I took a train from Pisa to reach Bologna. Upon reaching, I found my way from the train station to the bus stop easily, read the information boards at the bus stop to understand which direction is the right one, hopped on the bus with all my luggage, paid for tickets by tapping my debit card on the machine (you can also pay by coins or use the transport card locals use), and reached my Airbnb without any hassle.

Buses run on time as shown on Google Maps or as written at the bus stops. Taxis were easy to find using the TaxiClick Easy app and almost everyone spoke enough English to help me out.

It seems like small things but in Florence and Pisa I actually didn’t pay for two bus rides (not that I am proud of it) because I couldn’t figure out how to buy a ticket after boarding the bus.

Buses in Bologna apparently run the whole night according to students. Perhaps not all buses and definitely not in the same frequency but at least some do run late into the night.

The train station has an airconditioned room with comfortable seats which serve as the waiting area, unlike most other Italian train stations where you have to wait near the platforms. Each platform has several boards to show you where each coach of the train would stop. You can check your ticket for the coach number beforehand and stand at the right place instead of rushing with luggage after the train has arrived.

Trees have been planted along many of the roads, providing much needed respite from the heat during the peak summer months. Ultimately, it’s a combination of all these small things that make it not just a city good for visiting but a city that’s ideal for living.

Emilia-Romagna is called The Food Valley and for good reason! It is home to many of the culinary specialities that have led to Italy’s worldwide fame: Parmigiano Reggiano cheese, Parma ham, traditional balsamic vinegar from Modena and Reggio Emilia, Culatello salami, and tagliatelle and tortellini pasta. To date, Emilia-Romagna boasts 44 PDO (Protected Designation of Origin) and PGI (Protected Geographical Indication) products.

And while Spaghetti Bolognese is not from Bologna or even from Italy (sorry fans!), Bologna is home to many traditional delicacies such as Tagliatelle al Ragù, Tortellini in brodo, and Mortadella among many others. 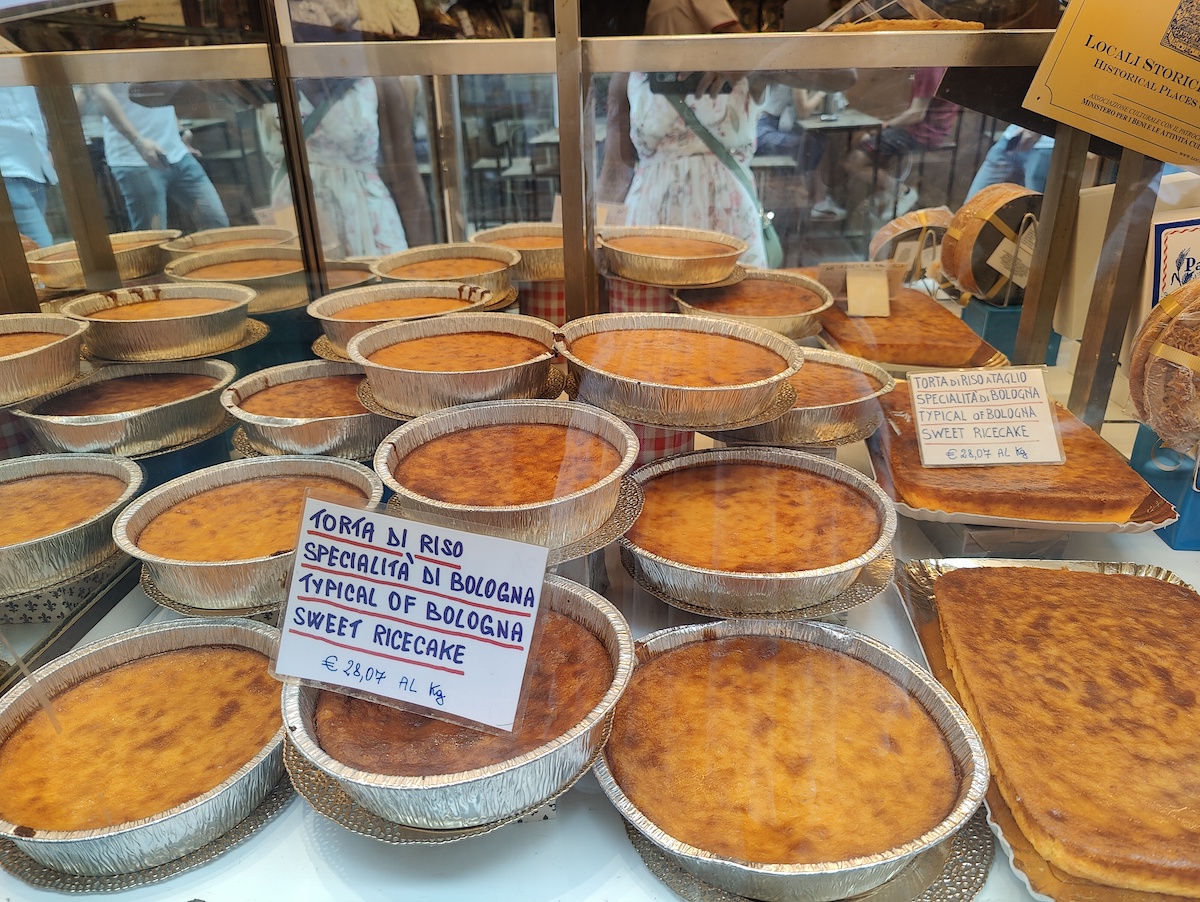 I had a lavish meal at Ristorante Grassilli where the server specifically told me not to put cheese on my Tortellini in brodo. Of course, I obliged! I was surprised at how simple and yet comforting the dish was.

Meals in Italy are a leisurely affair. They are not meant to be rushed. Takeaways (whether for food or coffee) are not a beloved concept, at least traditionally. As such you can easily spend a few hours on a meal and the waiters will never rush you either.

I was surprised to see Grassilli’s waiters turning away some walk-in groups because the tables were apparently reserved. I spent at least 1-1.5 hours in the restaurant and many tables were empty throughout that time. In fast-paced countries like Singapore, they would give you the table and tell you there is a dining time limit of 60-90 minutes. But not in Italy, and certainly not at the heart of its Food Valley! 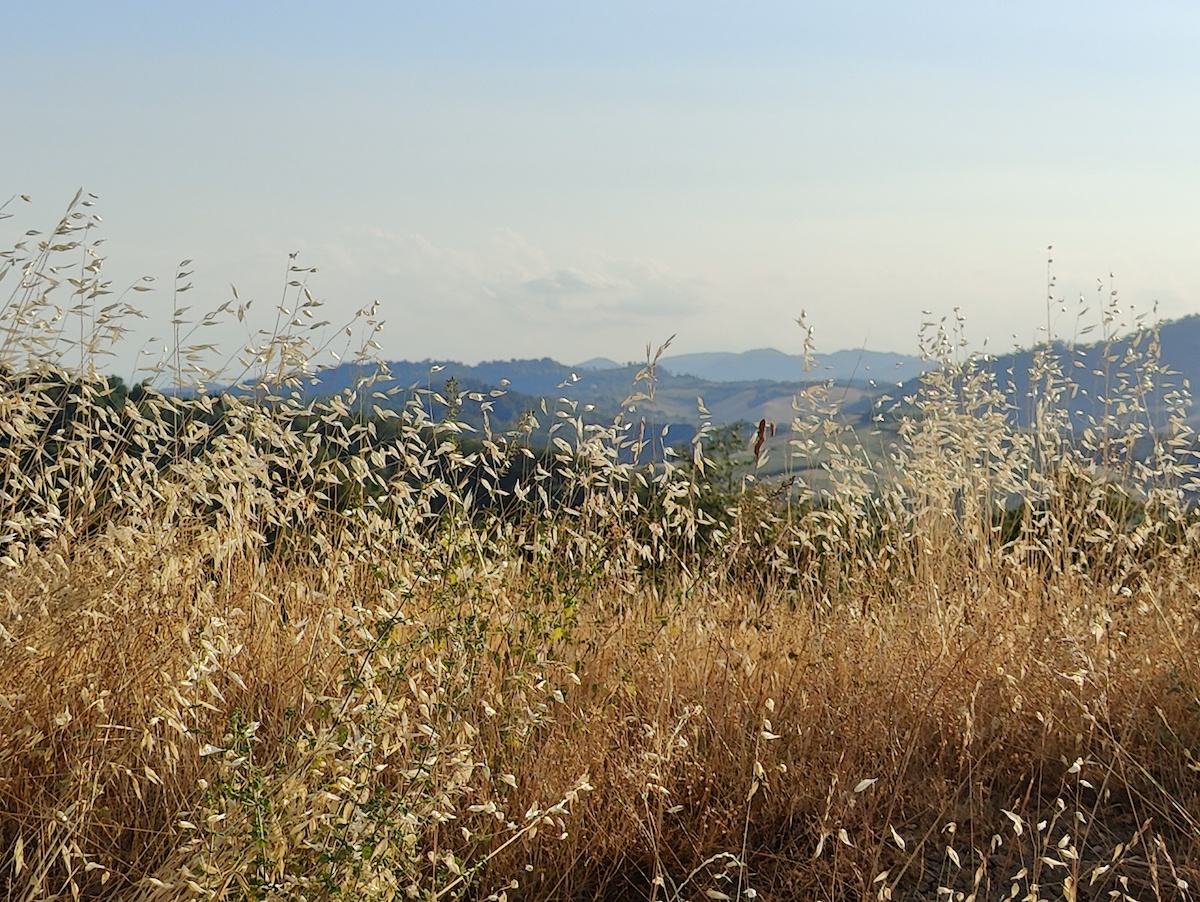 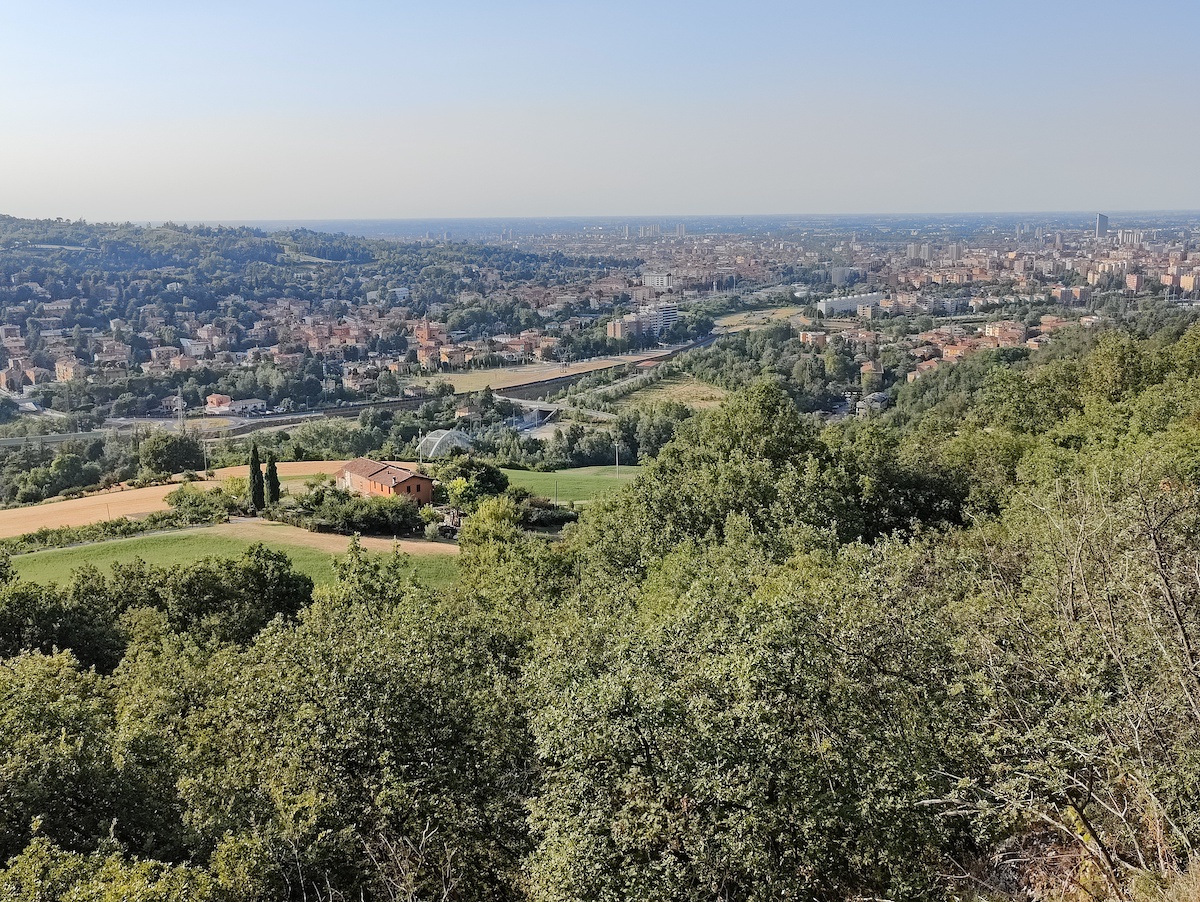 Access to unmanicured nature is one of the things I value with all my heart. It’s what I loved about Hong Kong and it’s what I truly miss in Singapore.

My Airbnb in Bologna was about 20 minutes bus drive from the city centre and was located right next to a national park. In fact, you could see parts of the national park from our balcony.

I spent a few hours hiking in the national park and catching wonderful views of the city from the top. Although we didn’t stay until sunset, we could only imagine how captivating the sunsets from the top would be.

A city is ultimately defined by its people. And the people of Bologna are as vibrant as its history.

My Airbnb host was an American lady who married an Italian and settled down here. She and her young daughter gave me a warm welcome and made sure I was comfortable. In the same house, I met a lady from the Czech Republic who was travelling with her daughter and a guy from France who was studying in Bologna. I ended up talking to them late into the evening. The next day I went hiking with the lady and her daughter.

Everyone I encountered during my journey was friendly and helpful. Most people spoke enough English for at least basic communication. 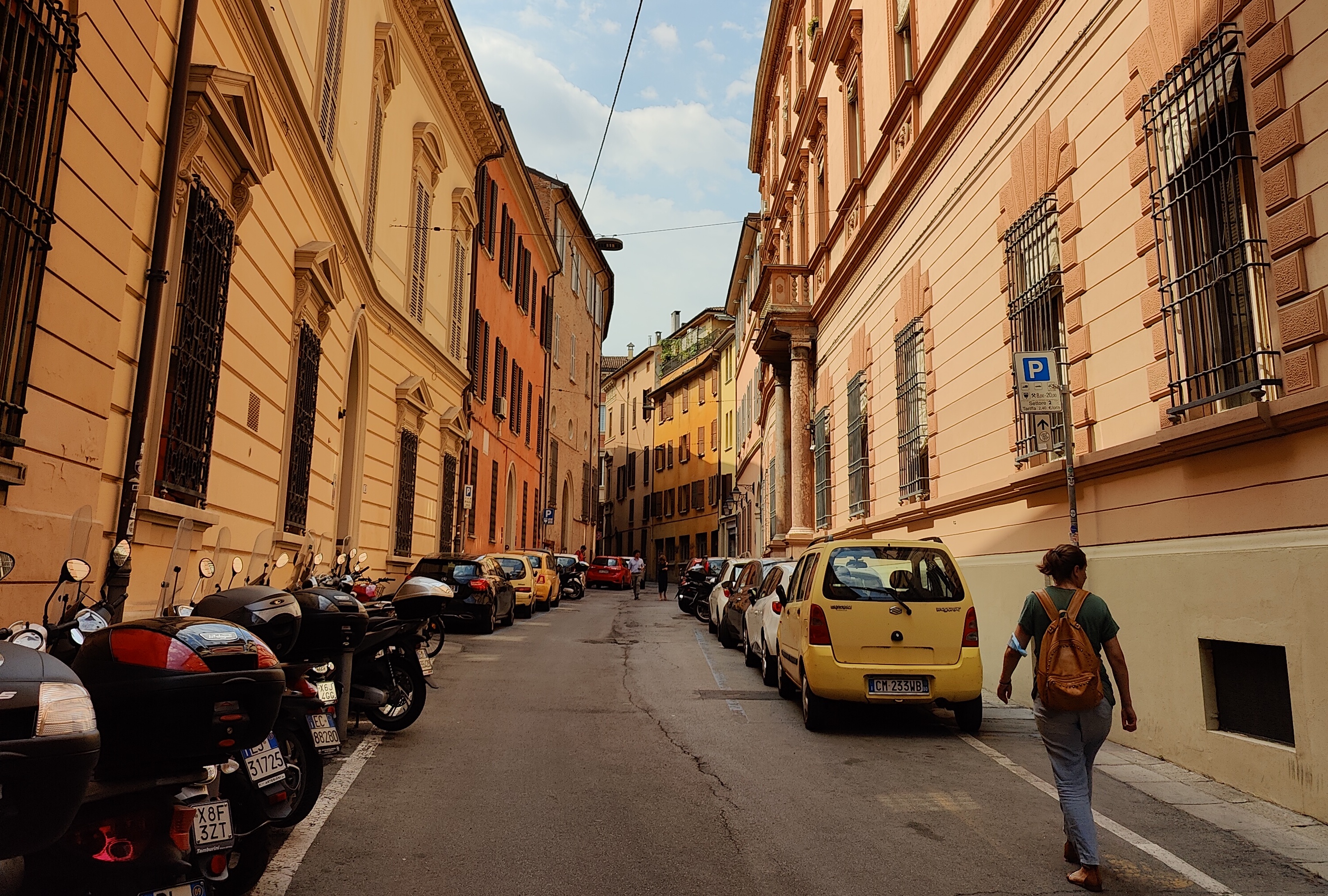 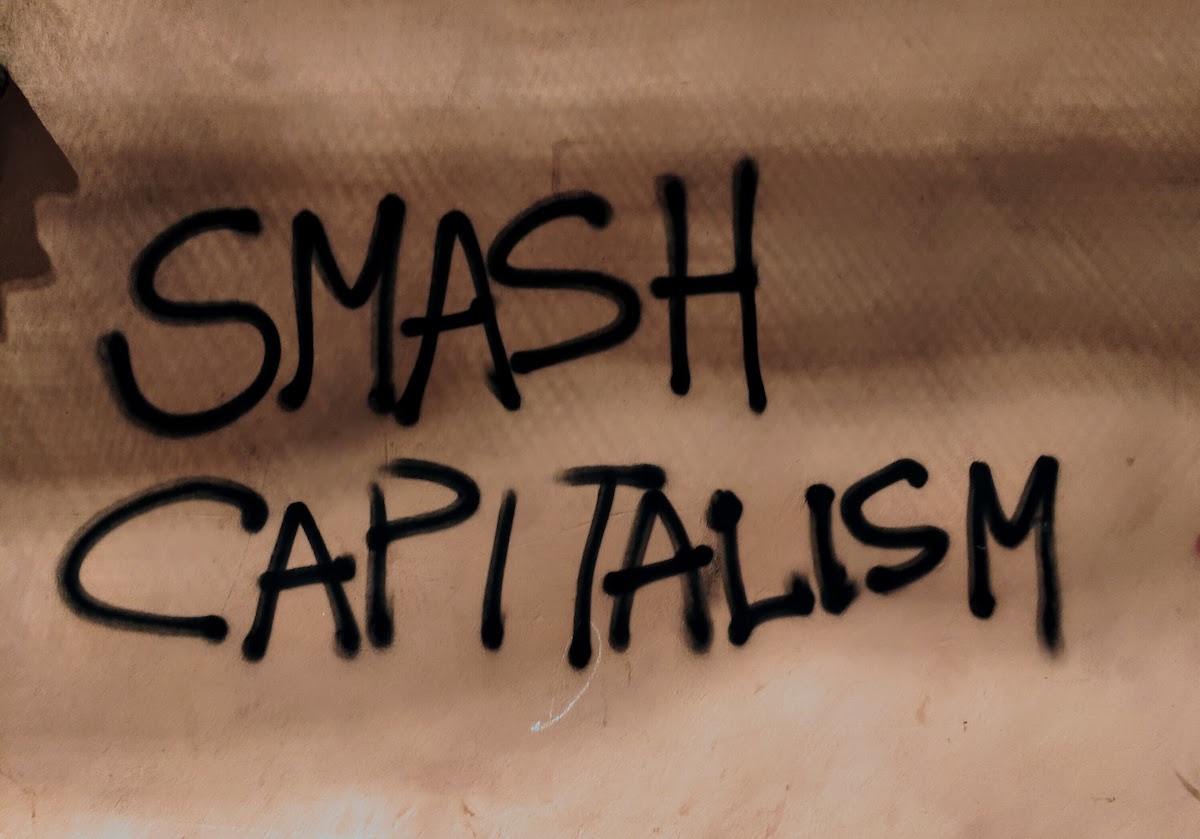 Bologna is nicknamed “La Rossa” (“The Red”). The left leaning roots run deep. As far as the middle ages, Bologna rebelled to remain an independent “commune” during the Holy Roman empire. Through the decades, it continued to resist fascism and kept the Italian Communist Party in power long after WWII. As you walk around the city, graffiti showing “Smash Capitalism” or street art demonstrating communist symbols is not uncommon to come across.

Bologna reminded me of my own hometown, Kolkata (India) where intellectual debates, thoughtful conversations on societal issues, and speaking up for what you believe in are highly encouraged. 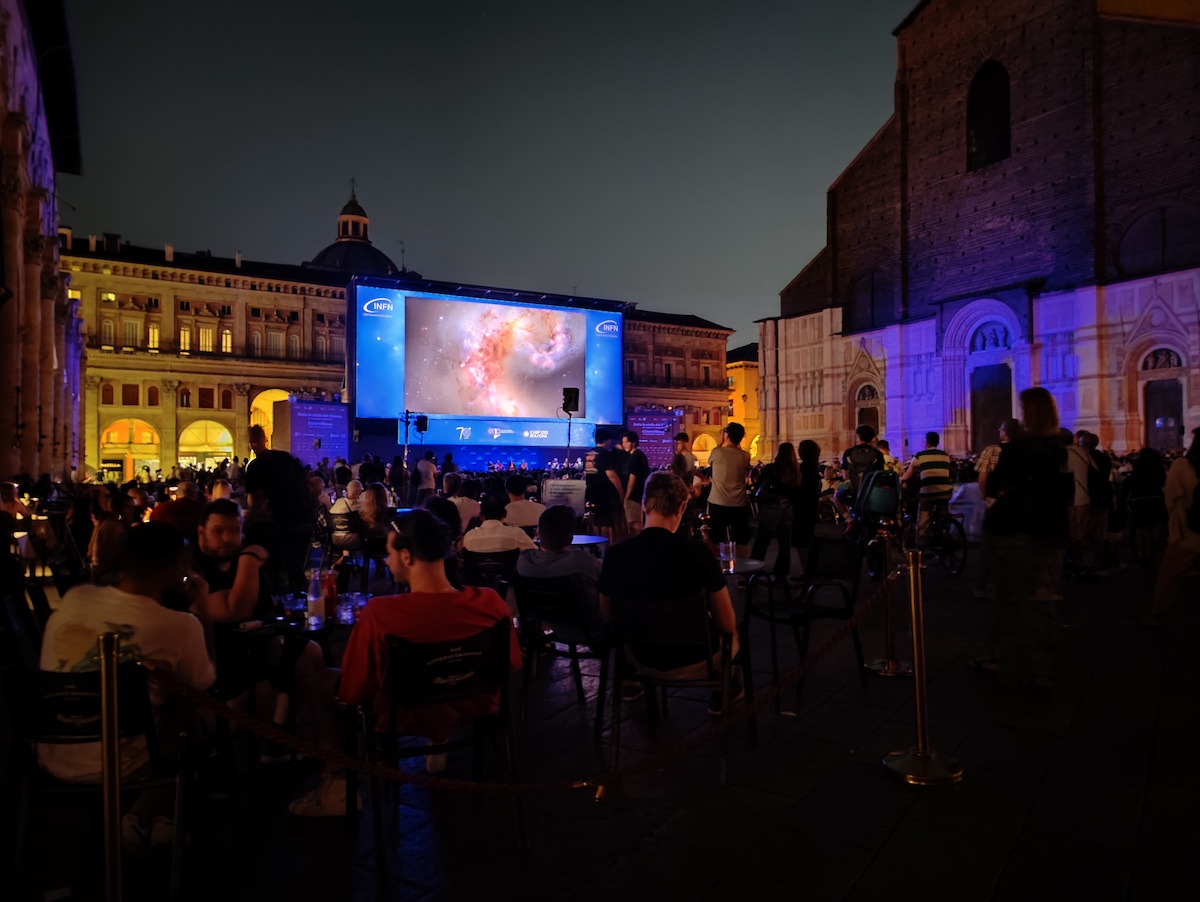 On a lighter note, you can feel the city’s heart beating even late into the night. From outdoor movie nights at the main Piazza to students hitting up restaurants & bars late night (even on weekdays), student life indeed shapes much of Bologna’s culture.

Could I live here? 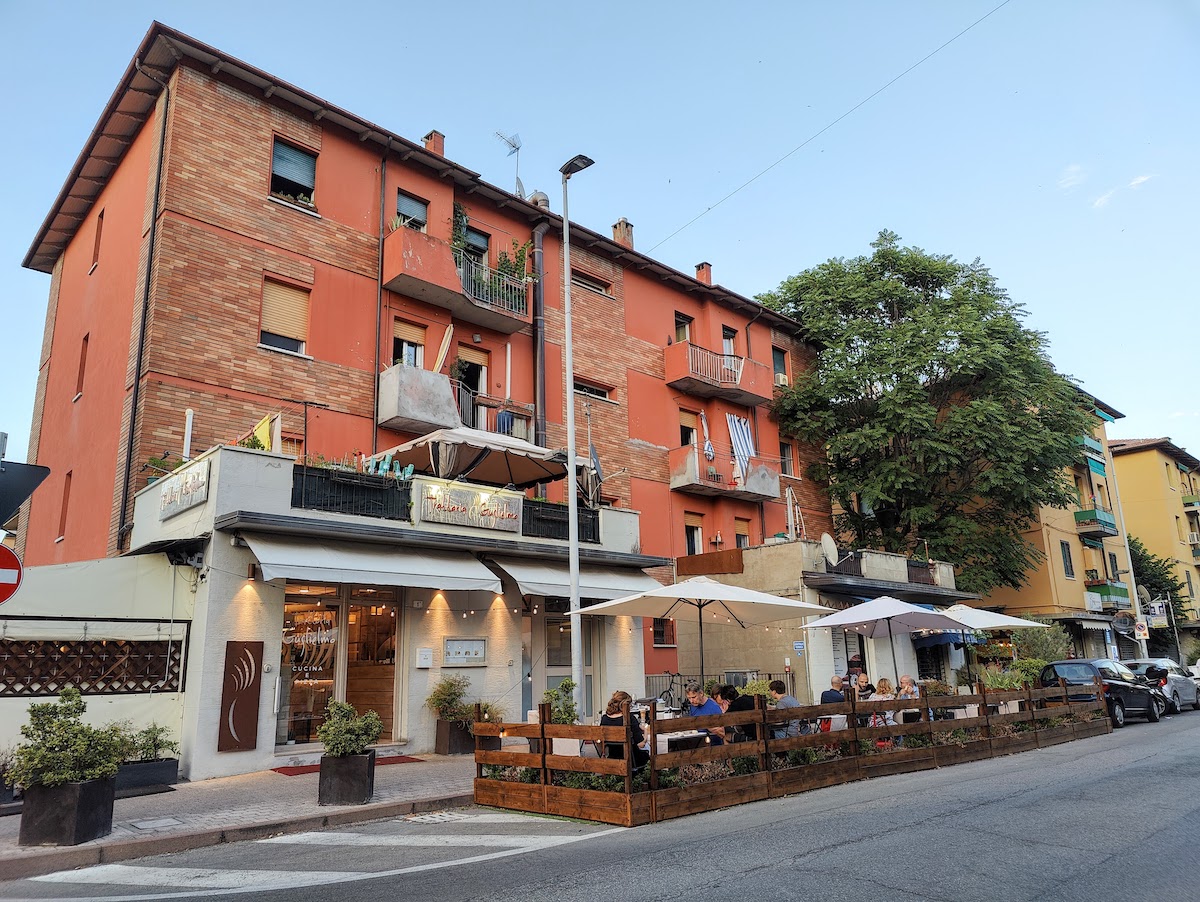 And finally, whenever I visit a city I ask myself if I could live there. While Florence makes you gasp with awe at artistic creations, you are constantly walking among a swath of tourists. The Tuscan countryside lets you slow down and experience “dolche far niente” but the Tuscan towns are almost too perfect and idyllic. It feels like you are in a dream, walking through history but at some point, I would like to come out of the dream to a more ordinary life. Bologna offers just that.

In Bologna historic charm blends with modern-day conveniences seamlessly. The city inspires you to read, think, and have fun all at once!

The vibe cuts right through the city. You don’t have to “go” anywhere in particular to experience its vibe. You just have to show up at Bologna and let the city run its magic on you. 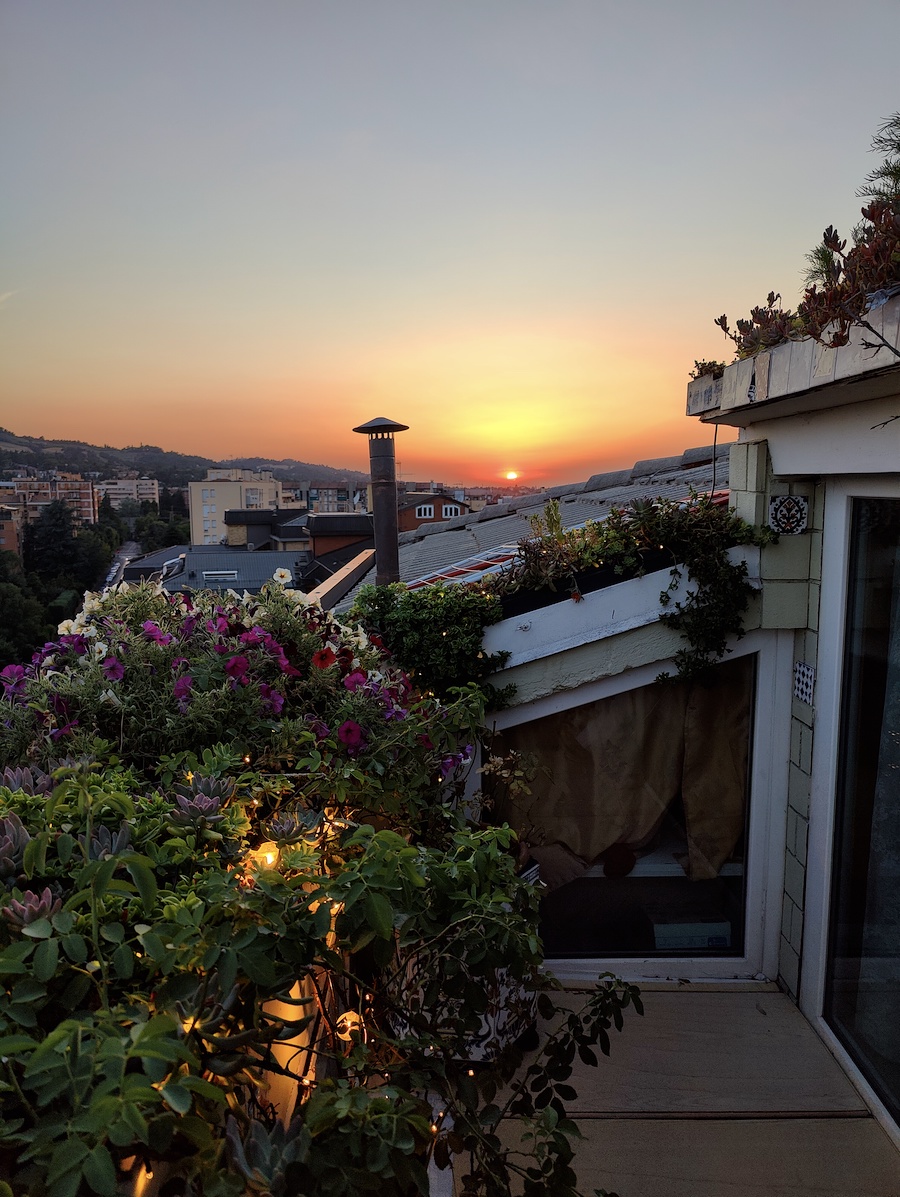 The view from my Airbnb’s balcony

After reading this article, if you are planning to visit Bologna and experience its vibe, here are some tips: 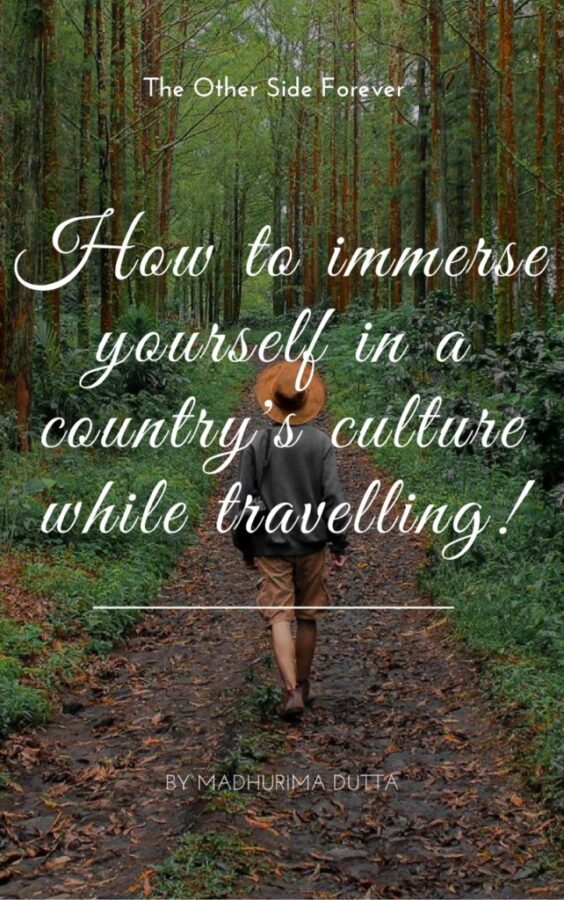